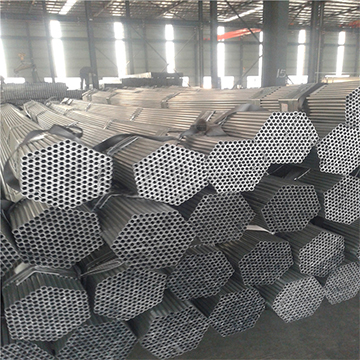 Black and galvanized pipes are commonly used steel pipes. Pipes are needed in every home and commercial building because of need of water and gas. These two are basic necessities for everyone and as such every building requires pipes to be run from main pipelines. The two most commonly used types of pipes are black and galvanized pipes. People are often confused with differences between these pipes and do not know which ones to use in what circumstances.

Black pipes are more commonly used in homes and businesses. They are also called steel pipes and are used to carry water and gas inside homes and offices. These pipes have a high resistance to fire and heat which is why they are also used for fire sprinklers. For this very reason they are also used where heating and cooling water is carried. Gas lines are mainly constructed using black pipes, and even appliances are connected with the supply lines using these black pipes. It is easy to join using either mechanical couplings or by using arc welding. Black pipe can even be used to carry water but it should not be drinking water.

The dark color comes from the iron-oxide formed on its surface during manufacturing. The primary purpose of black Steel Pipe is to carry propane or natural gas into residential homes and commercial buildings. The pipe is manufactured without a seam, making it a better pipe to carry gas. The black steel pipe is also used for fire sprinkler systems because it is more fire-resistant than galvanized pipe.

For the supply of water, it is galvanized pipe that is mainly used. It is in reality a steel pipe that has a coating of zinc. Addition of zinc makes the pipe more durable and also increases resistance to corrosion. It also ensures there are no mineral deposits in the pipeline. Since the invention of galvanized pipes 30 years ago, they are being increasingly used all over the world. Galvanized pipe has a property that zinc begins to flake after some time. This is why it is not suitable for carrying gas as this zinc causes the pipeline to choke. It is very durable and lasts for more than 40 years which is why it is extensively used as railings, scaffolding and in all other construction projects. Galvanized pipes are more expensive than black pipes. There is also the fact that it corrodes quicker than copper pipes. One drawback of galvanized pipes is that flaking of zinc sometimes causes the pipe to burst.

Although today there are many more technologically advanced pipes available, both black and galvanized pipes continue to be popular among the people. There is one word of caution and that is to not join these two types of pipe in any pipeline.

• Both the black pipe as well as galvanized pipe is made of steel.

• While galvanized pipe has a zinc coating, black pipe does not have it

• Galvanized pipe is more expensive because of zinc coating